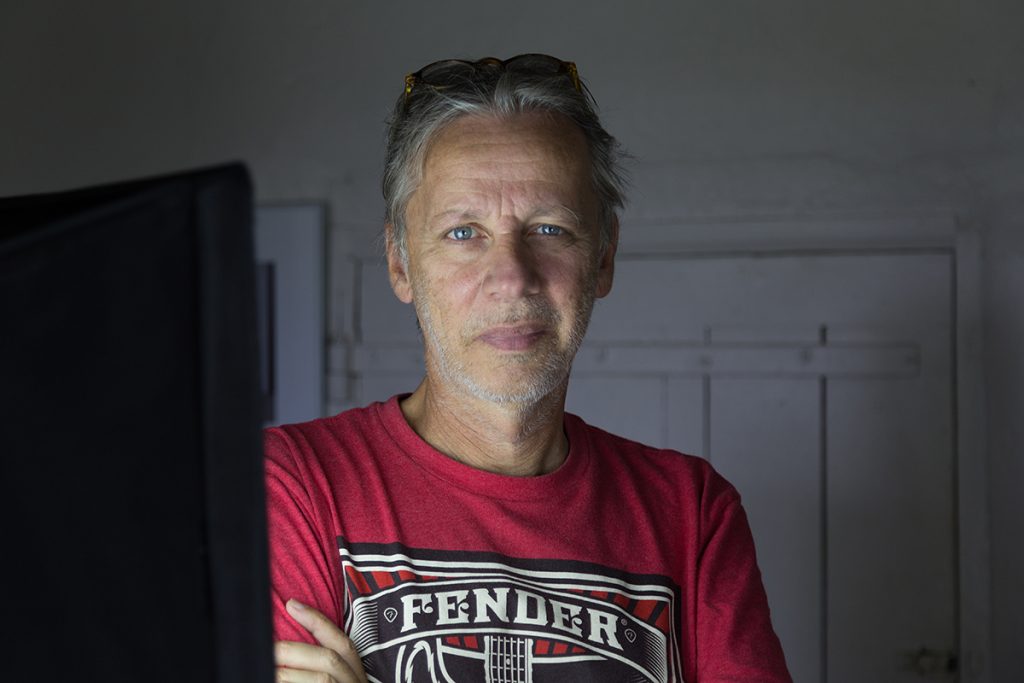 Studies music in the Conservatoire Francis Poulenc in Tours (France) until 1976 when he goes to the UK to work with English band Sunny Jim Band. Intensive touring through Europe, two albums, and a few singles.

From 1986 on, after the band splits, he plays for diverse bands and produces or records music in Switzerland, UK, and France. He also writes music for movies or advertising.

Simultaneously practicing video and photography, he has his first shows in Basel (Switzerland) and Amsterdam (Netherland) and shoots corporate movies for companies like LVHM, Mercedes, SNCF, Dior.

Since 1994, he works as a Web Designer and Internet Consultant. He is a founding member of the international Web Designer group XXII.

From 1990 to 1995, he teaches computer-assisted music in Paris.
Publishes three books about Web Design.

From 2000 to 2007 he is a lecturer at the Parsons School of Design in Paris.
Music critic in Radio programs.

Since 2005 he collaborates with author Beate Dölling. Together they published several children and youth books in Germany.

His artistic work, video installations, and photos are mostly shown in Germany and France.